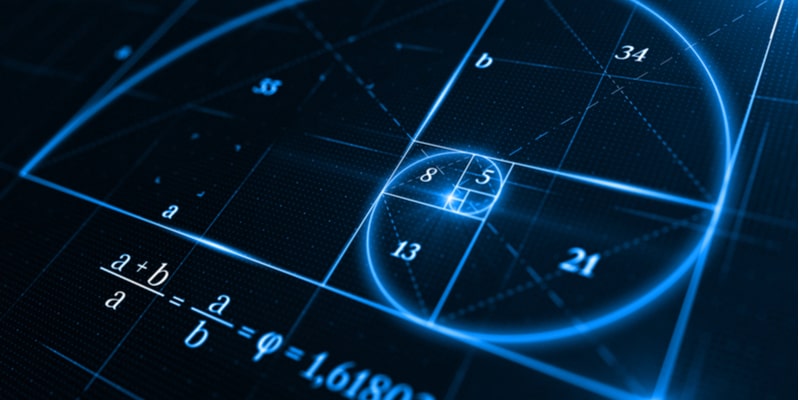 Fibonacci Retracement levels are a useful tool for many technical analysts. In this post, we will find out why.

The usual disclaimer: none of this is investment advice. Any examples or references used are just for information and illustration.

What are Fibonacci Retracements?

Fibonacci Retracement levels are key lines of potential support or resistance in a price trend. Many traders use them to help determine the price to enter a trade or set a stop loss. Below are five commonly used Fib retracement levels:

Each of the above numbers represents a percentage retracement in a price trend. For example, suppose:

How to determine Fib retracement levels

In the above example, the percentage retracement is based on the £10.00 price increase of the stock. Continuing with this example, we can draw Fibonacci retracement lines on a chart to help us determine logical levels of price support. As mentioned before, this might help a trader decide where to place a stop loss to lock in some profits in case the uptrend reverses.

The table below shows the 5 Fibonacci price support levels:

Fibonacci retracement levels on a stock that increased from £10 (most recent low) to £20.

The Fibonacci retracement tool on Trading View makes it easy to plot Fibonacci levels. Below we have an example of the key Fib retracements for Bitcoin since its blow off top in December 2018. Although not an exact science, the results are compelling:

What’s interesting is that the June high was just around the 0.618 “Golden retracement” at roughly $13,641. If you look closely at the chart, you can also see that Bitcoin tested this golden level again in July and failed to break it. This resulted in a double top trend reversal for Bitcoin.

Let’s now fast forward in time to see how Fibonacci levels have played out from the June 2019 peak until today. The chart below again reveals some interesting results:

Bitcoin showed signs of support / resistance at key Fib levels when trending down from June 2019.

Fibonacci extensions follow similar logic to Fib retracements, except they are used to forecast where a trend might end up in the future. This can help traders determine potential areas to take profits. Fib extensions can only be valid after a completed retracement.

We can draw Fib extensions on Trading View using the Fibonacci trend based Fib extension tool. The chart below shows some of the Fib extensions for Bitcoin. If we assume (rightly or wrongly) that Bitcoin has bottomed and is now on the rise, then each of these extension levels could be areas where longer term swing traders might look to sell.

Potential Fibonacci extension levels IF we assume the retracement from June 2019 is completed.

Using Fib levels in trading – do they work?

Looking at various charts across different asset classes shows that Fib levels often seem to be ‘magic numbers’ for traders. But relying on them as your sole trading tool can lead to problems. If you scrutinize any chart long enough, you can probably find a way to draw a Fib level somewhere that matches your own biases. This is because Fib levels can be drawn over any time period, between any low and high point, and in any direction.

As with all things in technical analysis, Fib levels should not be used in isolation. And mastering further technical tools such as the RSI and MACD can help traders make more informed decisions.

Jonathan Hobbs, CFA, is an author, entrepreneur and financial blogger. He is a Director of Ecstatus Capital. In his personal portfolio, he invests in stocks, mutual funds, startup companies, gold and digital assets.