The Risk Per Trade Method of Position Sizing 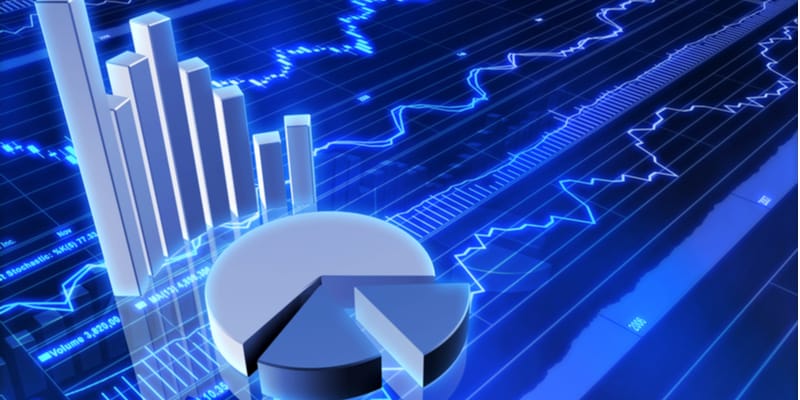 In these times of major market volatility it is more important than ever for traders to manage risk. In this article we will look at the ‘risk per trade’ method of trade position sizing.

What is trade position sizing?

Let’s say Bob wants to short Tesla but he doesn’t want to take too much risk. The first thing Bob needs to keep his risk management in check is a stop loss. This way if Tesla’s price keeps climbing, Bob would automatically close his short position to limit his loss.

If Bob has a tight stop loss on his Tesla short position, his loss would be smaller than if he has a wide stop loss (assuming the price reached both stop losses). But the loss on Bob’s trading account would also depend on the dollar value of his Tesla trade—this would be his trade position size.

The ‘risk per trade’ method

Bob could have a 1% stop loss but still lose a relative fortune if he boosted his position with too much leverage! But with the ‘risk per trade’ method, Bob would instead decide what percentage of his total trading account he is willing to lose if the trade goes against him. This decision would then determine how much money he is willing to risk on the trade.

Now let’s say Bob has $10,000 in his trading account. He looks at the price chart of Tesla and eyes out his next short position. He decides that Tesla should continue down provided its price does not rise back above the 0.618 golden Fibonacci retracement level. Therefore, he places his stop loss just above this at $440 a share.

Bob uses the golden Fibonacci level to place his stop loss on Tesla.

Knowing where his stop should be, Bob now enters the Tesla short trade at $400 a share. As his stop loss is 10% higher than his entry price, Bob is hesitant to trade a large amount of his account. Tesla is extremely volatile right now and he could easily be wrong!

Bob decides that he is willing to accept a maximum loss of 1% on his trading account if he is wrong. Knowing his desired ‘risk per trade’, he can now calculate his position size…

To calculate his position size, Bob must divide his maximum risk per trade of 1% by the 10% loss if his stop is hit:

The tighter the stop loss the bigger the trade

This $410 stop loss is much more likely to get hit. But if it does get hit, Bob still wants to limit his loss to 1% of his trading account. Using the same formula we can see that Bob can now trade more of his account:

Note: in trading you don’t always get the price you want, so the actual stop loss price could be further away from your entry price than you intended. This is called slippage. You will also pay fees each time you trade, so expect a slightly larger loss if things go wrong.

Some of the world’s best traders are wrong more than half the time. This is because the market is impossible to predict. While technical analysis can help us make more informed decisions on the probability of certain outcomes, nothing is ever certain. Knowing this, it is of course possible for a decent trader to take ten losses in a row at some point in their career.

Guess what would happen if Bob set his account risk per trade to 10% and lost ten times in a row? His $10,000 trading account would wither away. Mathematically with compounding it would end up at $3,486.79—a loss from which most traders would not recover!

But if Bob set his risk per trade to 1% or 2% per trade, he could probably handle ten losses in a row and still live to trade another day.

A quick disclaimer: nothing in this article is investment advice. I am neither long nor short Tesla right now. You can find the link to our full disclaimer in the footer.