The Stock to Flow Model for Bitcoin and Gold 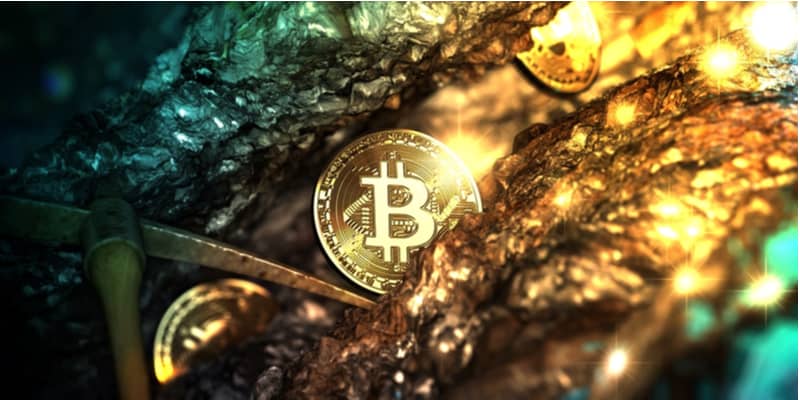 Bitcoin and gold are volatile investments in the short term. But in the long term, they may provide a hedge against unlimited money printing. Both of these assets are scarce and finite commodities. Relative to fiat currency this gives them value.

In this article, we will compare the relative scarcity of bitcoin and gold using the Stock to Flow model.

What is the Stock to flow model?

The stock to flow (S2F) model can be used to measure the relative scarcity or abundance of finite commodities like gold or bitcoin.

The stock to flow ratio is given by the formula below:

The higher this number, the more years it would take to produce the current supply. Therefore, a higher S2F ratio means a relatively scarcer commodity.

We can divide the stock of 197,576 tonnes by the flow of 3,533.74 tonnes to get a S2F ratio of 55.9 for gold. At the current rate of gold production it would take 55.9 years to dig up all the gold that is in circulation. Therefore, the higher this number, the scarcer gold becomes.

On its own this number doesn’t mean much. But what if we compared it to the S2F ratios of gold over the last 10 years? This would give us an indication of the relative scarcity of gold over this time. We can get a sense of this from the chart below: 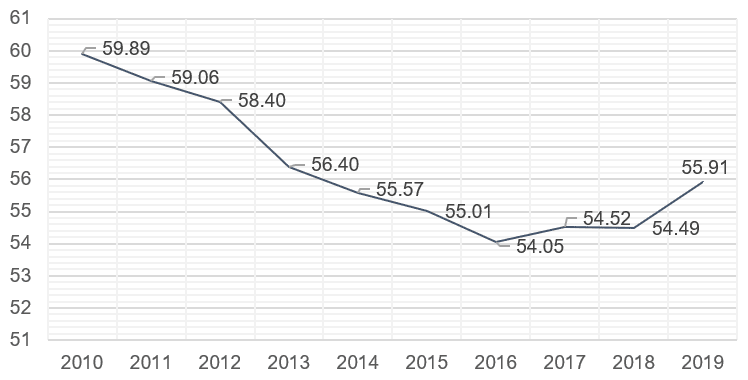 Gold Stock-to-Flow ratio (2010 – 2019). Source: author’s own calculation based on data from the World Gold Council.

The chart suggests that the S2F of gold has decreased since 2010. This means that according to the S2F model, gold has become relatively more abundant over the last ten years. But since 2016 the trend seems to have changed, with gold mining companies producing less gold relative to the global gold supply.

Unfortunately we don’t know what gold production will be in the years ahead. Therefore, the S2F model can’t help us forecast future gold scarcity.

Therefore, we can (approximately) project the future S2F ratios of Bitcoin:

Estimate of bitcoin Stock-to-flow ratios (2009 – 2140). Log scale. Source: Author’s own calculation based on information from blockchain.com (pre-2020) and on mathematical extrapolation (post-2020).

One well-respected Bitcoin analyst with the pseudonym ‘PlanB’ published an article on Medium in March 2019 called Modelling Bitcoin Value with Scarcity. The article suggests a statistical relationship between the S2F ratio of Bitcoin and its price—and that this can be used to help forecast the future price of Bitcoin.

In order to get this relationship, Plan B ran a statistical model which estimates Bitcoin’s price using a regression equation involving annually smoothed S2F ratios. The next chart shows this from 2011 until the sixth halving event in 2028.

Bitcoin Price vs. Stock-to-Flow. Log scale. Source: authors own calculation using data from blockchain.com and lookingintobitcoin.com. The concept of this chart is attributed to ‘Plan B’.

Looking at the chart, there has been a strong relationship in the past between the S2F model and Bitcoin’s price. But it would be dangerous for an investor to think that this model can predict the future. The model suggests that Bitcoin will (give or take) go up by ten times sometime after each new block reward halving date.

As with gold, Bitcoin’s price could go up in the future because dollars get printed at a faster rate—not because Bitcoin’s supply keeps increasing at a slower and slower rate. Ninety percent of all bitcoins in the world have already been mined. In other words, Bitcoin is already extremely scarce.

Comparing the Stock to Flow of Bitcoin and Gold

The S2F model may have limited usefulness as a tool to forecast future prices. But it does allow us to compare the scarcity of gold and bitcoin like for like. After the fourth halving event in May 2020, Bitcoin’s mining reward halved from 12.5 bitcoins per block to 6.25 bitcoins per block.

This will reduce Bitcoin’s flow for 2020 versus 2019. And it should put Bitcoin’s new S2F ratio somewhere just above gold’s current S2F ratio of 55.9 by the end of the year. Take from this what you will. But either way, Bitcoin and gold are a lot less abundant than the US dollar.

Disclaimer: none of this is investment advice. At the time of writing, I own gold and gold mining stocks. I am long Bitcoin right now but hedged in case it corrects.