Why A Big Move Is Coming For Bitcoin 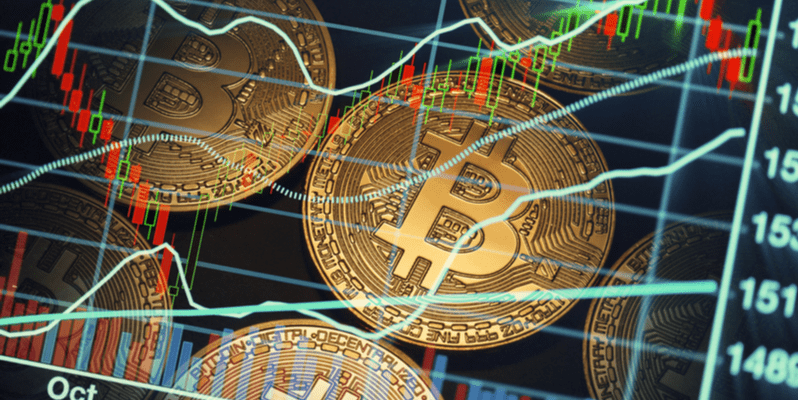 October was a good month for bitcoin. The price started the month at around $43,000 and ended it just above $61,000. That’s about a 40% increase. So, what might be on the cards for November? Before we try to answer this question, let’s first account for why bitcoin went up so much in “Uptober”.

Why October was “Uptober” for bitcoin

It’s easy in hindsight to look back at a price chart, and then understand why it went up. But in the case of bitcoin, there are a few fundamental reasons why its price rallied so strongly in October. 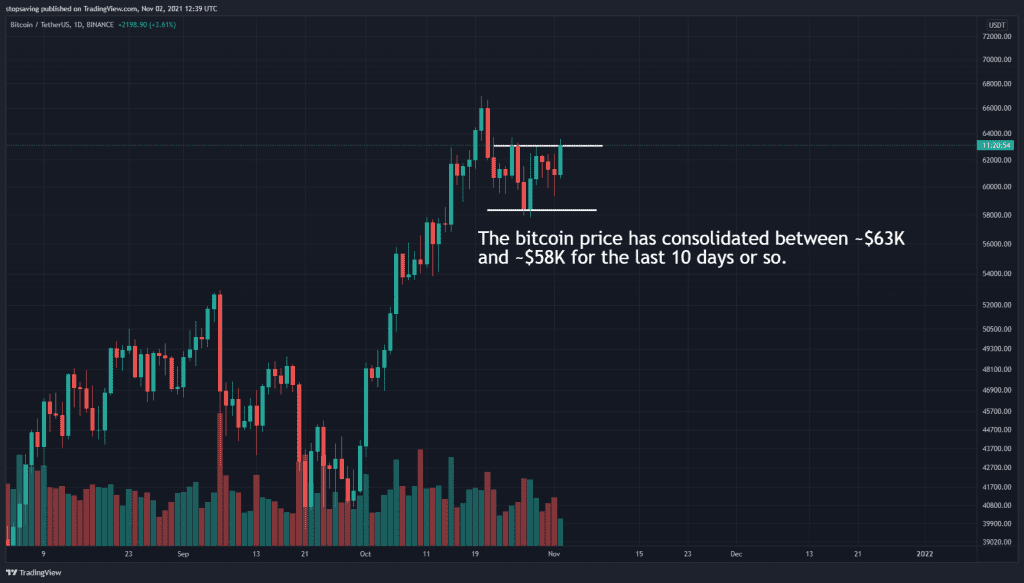 Bitcoin volatility is on the floor 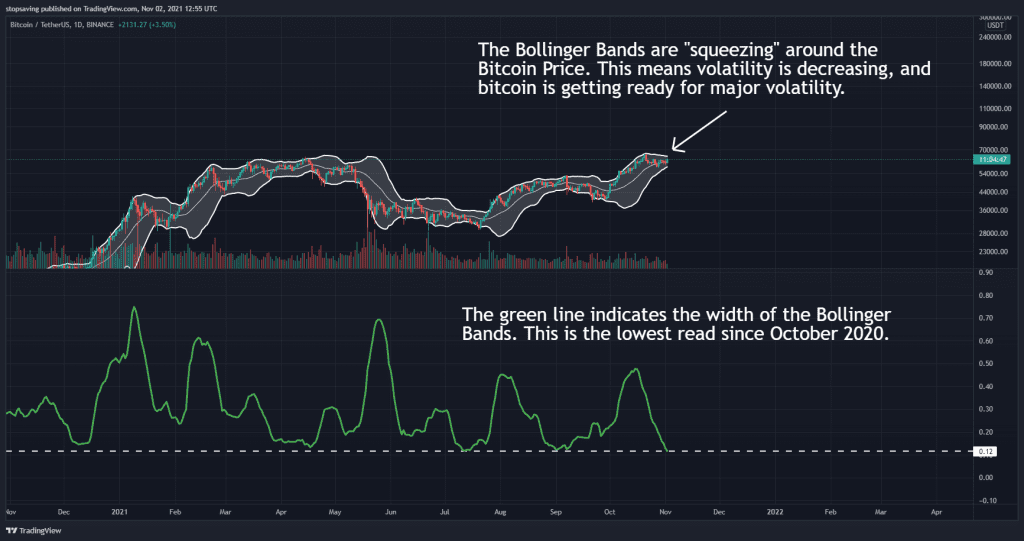 The green line above denotes the width of the Bollinger Bands. This is the lowest read since October 2020. Since volatility is usually a “mean reverting” indicator, a large expansion is likely to follow.

In other words, bitcoin is gearing up for a big move.

The chart below shows the estimated leverage ratio of bitcoin being traded on crypto exchanges.

We get the leverage ratio by dividing the open interest on bitcoin derivative products by the amount of bitcoin held on the exchanges in their reserves. This ratio is the highest it has been since November 2020.

When leverage ratios are sky-high, it means the market is over-leveraged. When this happens, a cascade of liquidations usually comes next. This can cause a large price move to upside or the downside, depending on which side the liquation cascade takes.

Bitcoin held on exchanges is at extreme lows

The next chart shows the total number of bitcoins currently held in crypto exchange wallets.

The above chart indicates that there are very few bitcoins on exchanges right now. In other words, most of them are being held in off-exchange wallets. This is usually very bullish, as it suggests investors are holding their bitcoin in cold wallets and don’t intend to sell.

At the same time, low bitcoin on exchanges means it won’t take much to move the price in a big way.

So far in this article, we have explained why a large move seems imminent for bitcoin. But will this be to the upside or the downside?

If we consider that the bitcoin price closed the month of October on new all-time highs, then the upside does look more likely. This is because bitcoin is now back in a monthly uptrend. 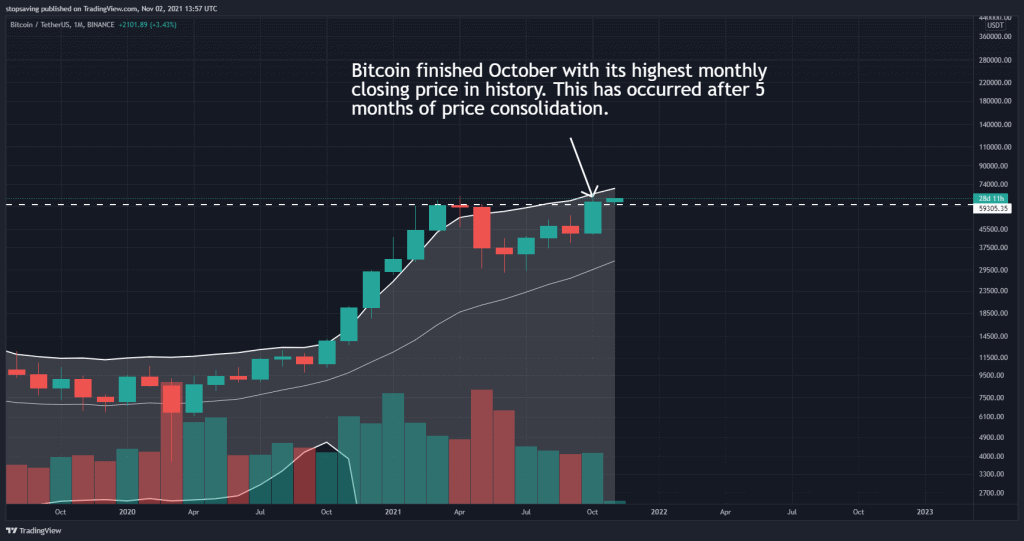 Personally, a daily candle close above $64,000 would suggest a Moonvemeber scenario. But if bitcoin somehow closes today back below $58,000, we could be waiting a while longer for the moonshot.

The usual disclaimer: Nothing you read here is investment advice. It’s just for information and entertainment.