The Hash Ribbons Indicator: What’s Next For Bitcoin? 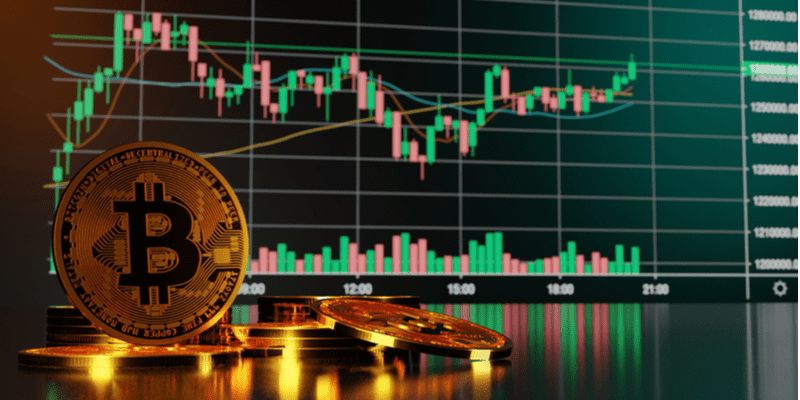 The bitcoin price has taken a major dive in the last few weeks. Right now, it is firmly on the ropes. Is the party over? Or is it time to buy the dip? Let’s try to answer this question using the bitcoin hash ribbons indicator.

What is the bitcoin hash rate?

Before we get to the hash ribbons indicator, we first need a basic understanding of the bitcoin hash rate.

Put simply, the hash rate is the amount of computing power that miners contribute to the bitcoin network at a given point in time.

On the flip side, the hash rate usually goes down when the bitcoin price drops, or when the price does not increase for a long time. When this happens, miners often take their resources elsewhere. In other words, bitcoin mining activity goes down because it is less profitable for miners.

If you would like a more technical explanation of how hash rates fit into the bitcoin mining process, you can read this article on how bitcoin works. But for the point of this post, there are just two things we need to know about hash rates:

Here is a chart from blockchain.com showing bitcoin’s hash rate for the last 3 years. Notice how it has trended up with the bitcoin price. 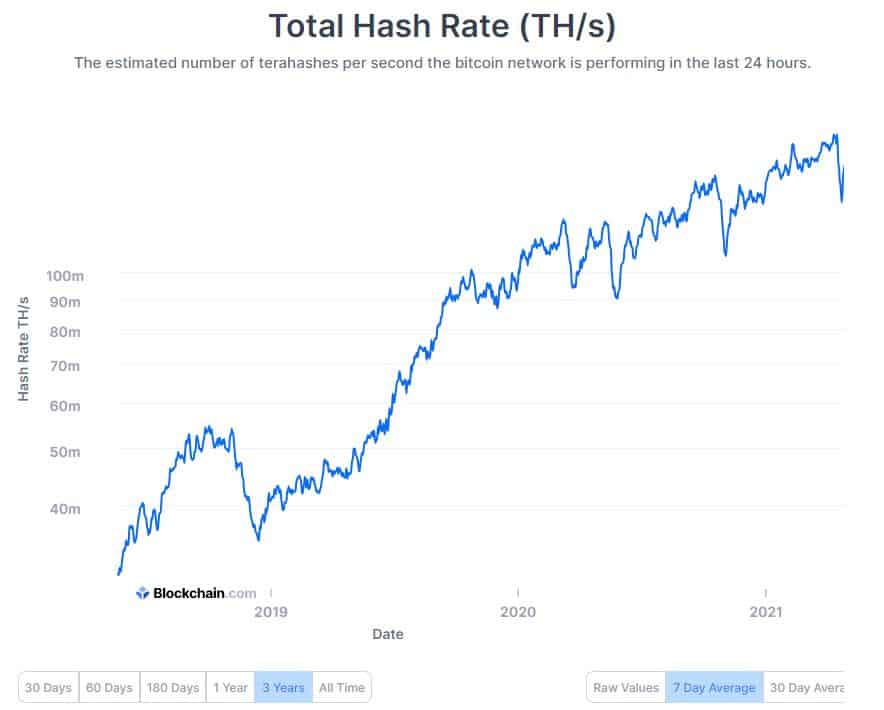 The hash ribbons indicator is a longer-term signal that can provide valuable insight into the bitcoin price. Historically, it has signaled great times to buy the dip for longer-term bitcoin trades.

Since the hash rate is based on bitcoin network activity, we can think of this as a fundamental indicator for bitcoin.

So, how does it work?

The signal plays out in three stages:

Charles Edwards first introduced the hash ribbons indicator in a medium post in late 2019. In the article, he explained how points 1 and 2 above can be tracked using the moving averages of hash rates.

Specifically, he chose the 30-day and 60-day hash rate moving averages to use in the indicator.

Since bitcoin miners are often more resilient than your average bitcoin investor, this usually happens after a significant price decline, or when the price has been “boring and sideways” for very long.

To summarise this, the signal works as follows:

Note: as we shall see in the historical examples below, sometimes the 10-day price moving average is already above the 20-day moving average when point 2 occurs. In this case, points 2 and 3 happen simultaneously.

As mentioned earlier, the hash ribbons signal is a long-term indicator. With that said, it does not flash that often. The signal has only flashed 11 times since the start of 2012. On average, this is less than once per year.

To give an example, we can use the Corona dump of March 2020. Here, the bitcoin price went into freefall first, with miners capitulating shortly afterwards. The price then recovered somewhat, along with mining activity. Per the below chart, the faint green dots indicate that the hash rate was recovering. 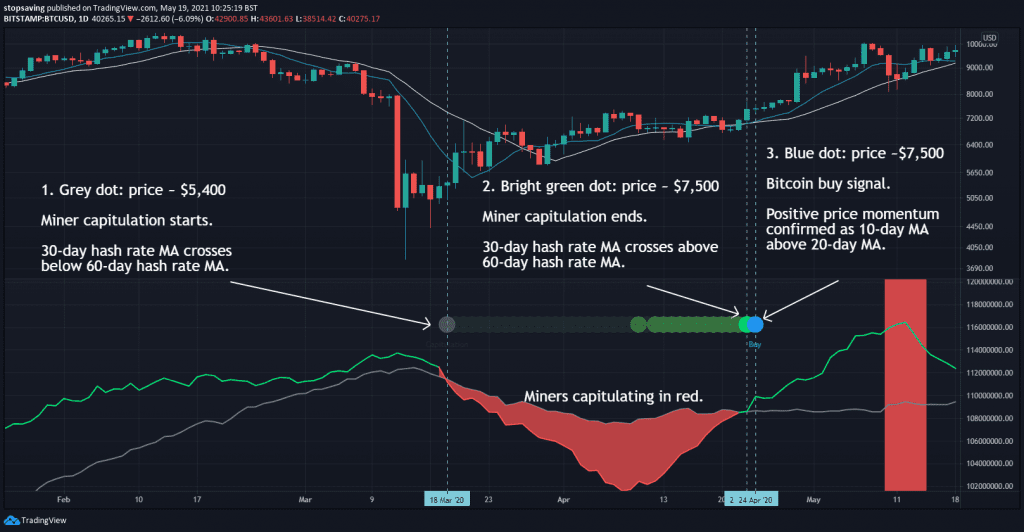 We can also go further back in time to the bottom of the last bitcoin bear market in January 2019. Here, the miners capitulation signal came in October 2018, when bitcoin’s price was extremely boring and sideways. The bitcoin price then tumbled a further 50% whilst mining activity was low. Bitcoin looked “dead” by all measures.

But then in early January 2019, mining activity started to pick up again as the hash rate moving averages crossed to the upside. And the blue buy signal flashed when bitcoin was just $3,600: 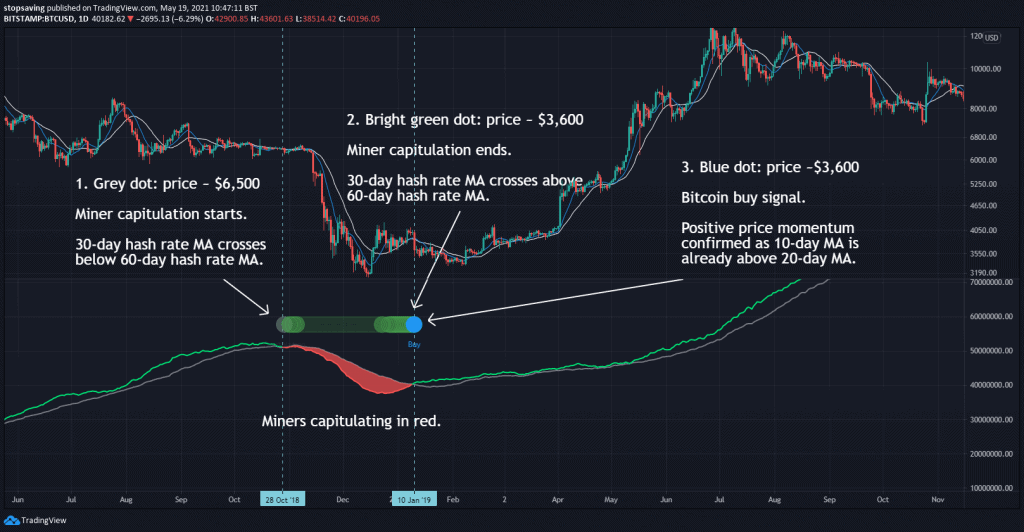 The hash ribbons indicator gave a buy signal when bitcoin was around $3,600 in January 2019.

We can now zoom out to see each bitcoin hash ribbons signal since 2012: 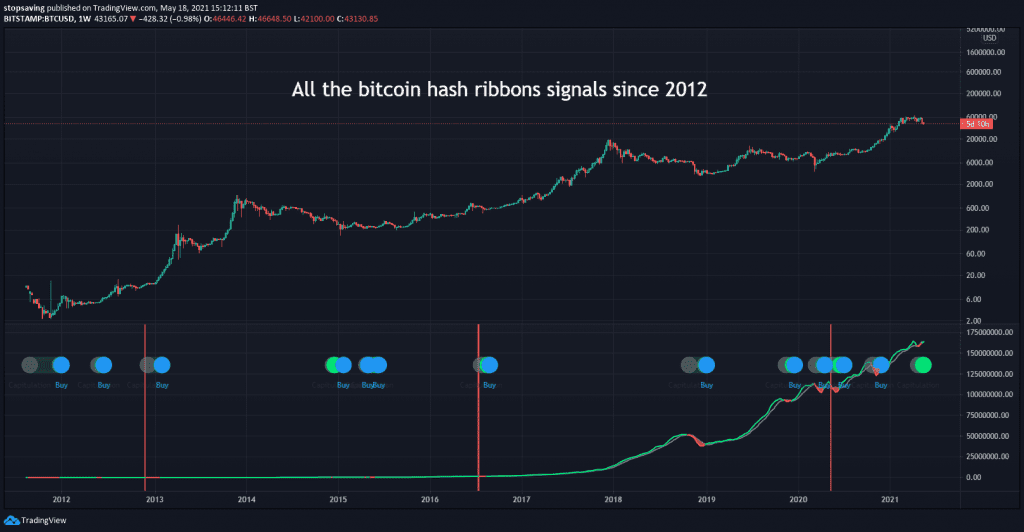 Since 2012, these signals have typically presented phenomenal opportunities to buy bitcoin. Of course, things don’t always have to work out like this in the future! That said, it does make intuitive sense why these signals have worked so well in the past.

“Peak fear” is often the best time to buy into an asset. And when miners head for the exits, that’s when we really know that market sentiment is down for bitcoin.

Rather than trying to catch a falling knife, we need price “confirmation” that sentiment is turning around before jumping into a trade. That’s where the blue dots come in.

What is the signal saying today?

Bitcoin sentiment is in dire straights right now. And miners have already capitulated. But now, the indicator is flashing bright green. 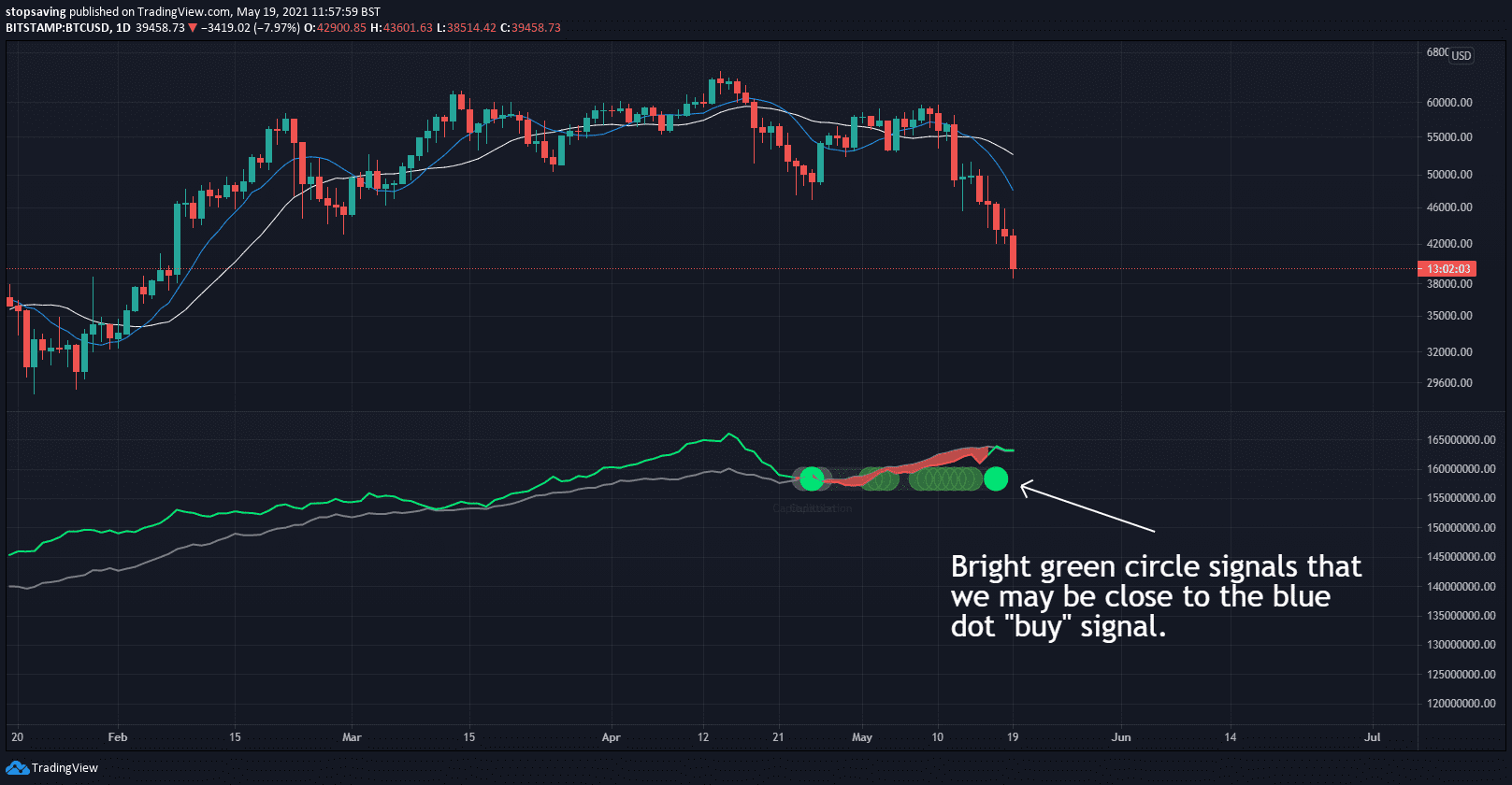 In the past, the green dot has been followed by the blue dot, except on one occasion in April this year (the first green dot in the chart above). Here, the blue dot never flashed because miners capitulated again before price momentum could recover.

So, what happens next?

In order for the signal to flash blue once again, the price needs to recover fairly quickly.

If the 10-day price moving average can get back above the 20-day moving average, and the hash rate doesn’t drop off again, then that is a good sign that we are getting close to “buy the dip levels”.

And given all the extreme doomsday sentiment of late, I would personally see this as a long-term buying opportunity if it presents itself.

It is also worth noting that even after the blue signals have flashed, the bitcoin price has dipped further in short term on several occasions before it rallied. Historically, it can also take several weeks for the blue dot to shine once the green dot has given us a preliminary sense of hope.

If you want to see how the hash ribbons indicator plays out in real-time, it’s free on TradingView. You can use it by searching “hash ribbons” in the “indicators” section. Screenshot below: 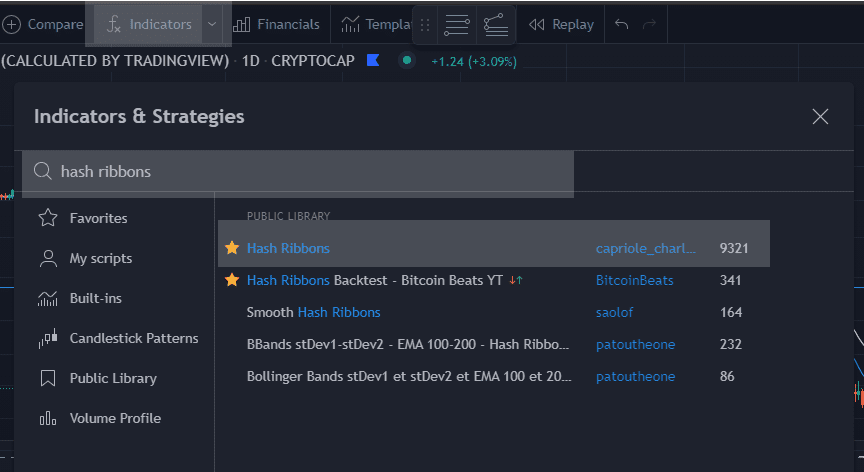