1
HOME Blog Bitcoin Is Bitcoin in a Bear Market?

Is Bitcoin in a Bear Market? 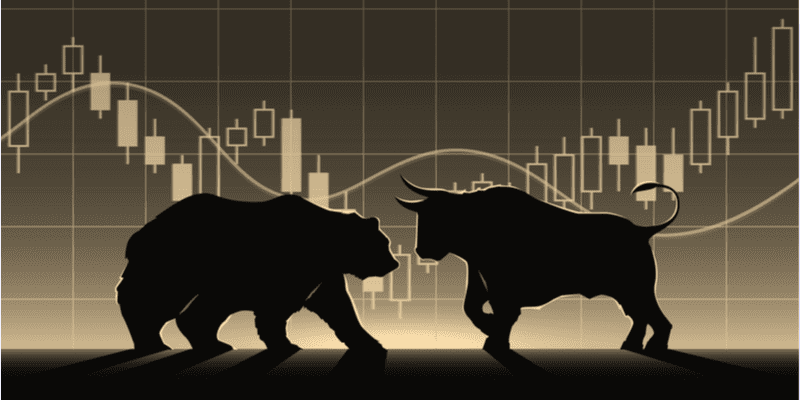 The bitcoin price has taken a serious knock in recent weeks, shedding more than half of its dollar value. Are we now in a bitcoin bear market? Or, is this ‘normal’ bull market price action for the world’s most volatile asset class?

What happened to bitcoin?

There are many reasons why the drop happened. Take your pick:

Scrolling through crypto Twitter, we can see the usual sentiment: this is just a bullish dump. This is ‘normal’ in a bitcoin bull market.

But is it normal? Or have these types of price declines historically brought the bitcoin bears out of lockdown?

To answer this question, we need to study similar bitcoin price corrections. Some of these have resulted in a bitcoin bear market, others have not.

Let’s start with the Corona dump of March 2020. Here, the bitcoin price crashed over 60% from its highs in about a month. 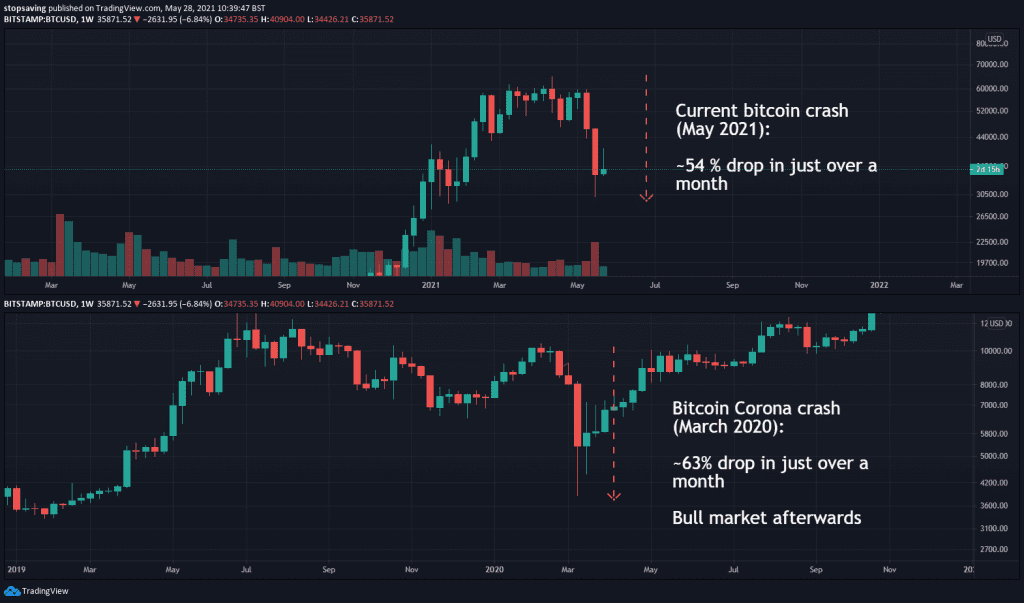 As the above image shows us, the Corona crash took place over a similar frame and was a similar magnitude to the current crash. After this capitulation, bitcoin went on a spectacular run.

With that being said, the market was in a very different place at that point in time. Bitcoin had just come out of a major bear market, and global stock markets were in freefall. Yet with the current crash, stock markets are at record highs and bitcoin has been rising parabolically.

Therefore, I would not use this as a fair comparison.

From November 2018 until December 2018, bitcoin had a savage correction. This was followed by a major rally of about 300% to the upside, which ended in June 2019.

Again, market conditions were very different at this time, as the crash occurred during a major crypto bear market. 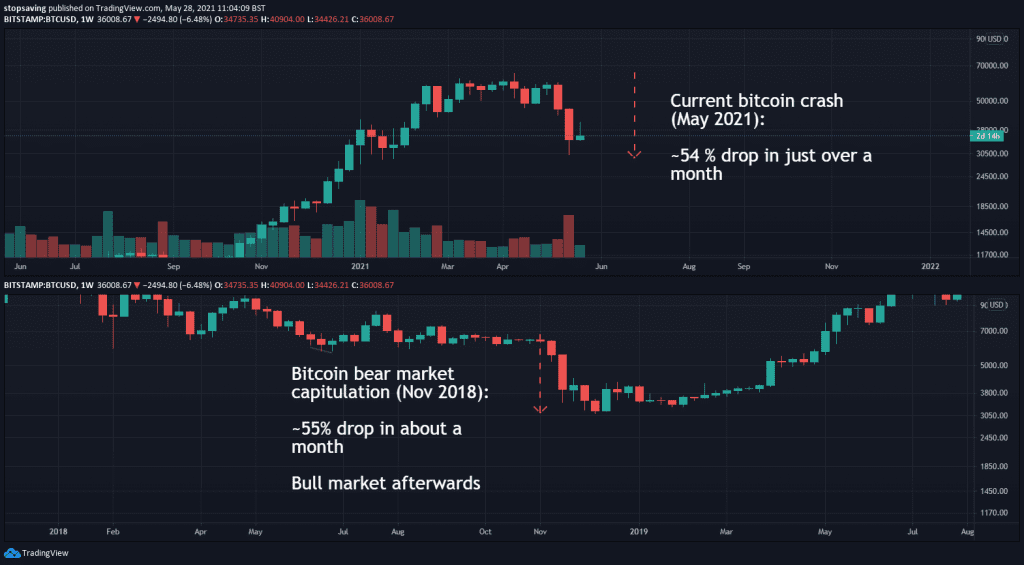 Below we compare the current price decline with that of December 2017. This took about the same amount of time, was of the same magnitude, and happened in a previously bullish market.

We all know what happened next… 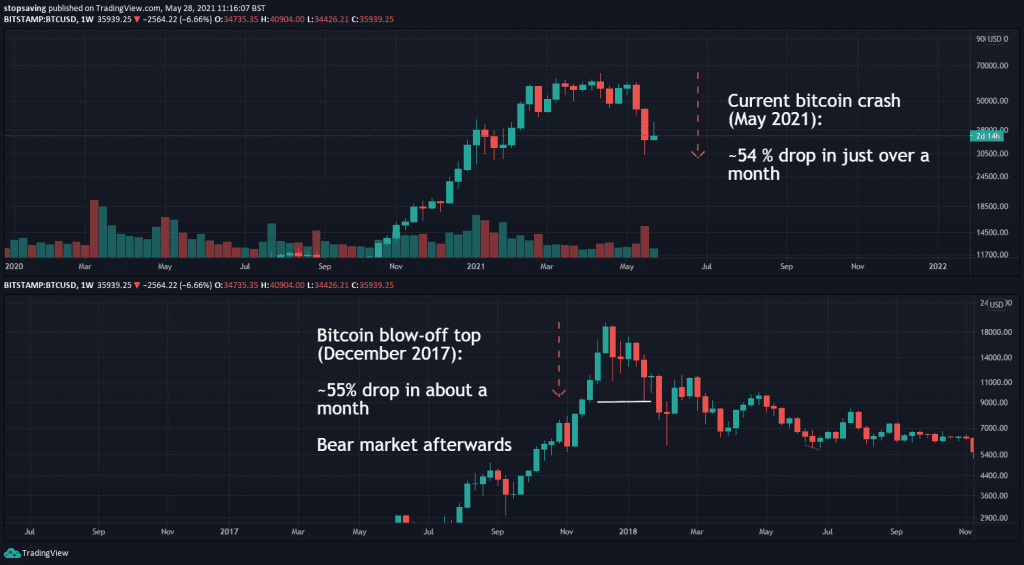 Leading up to the final washout of December 2017, we saw several bitcoin price corrections that were followed by strong rallies. However, none of these were as large as the most recent bitcoin dump. 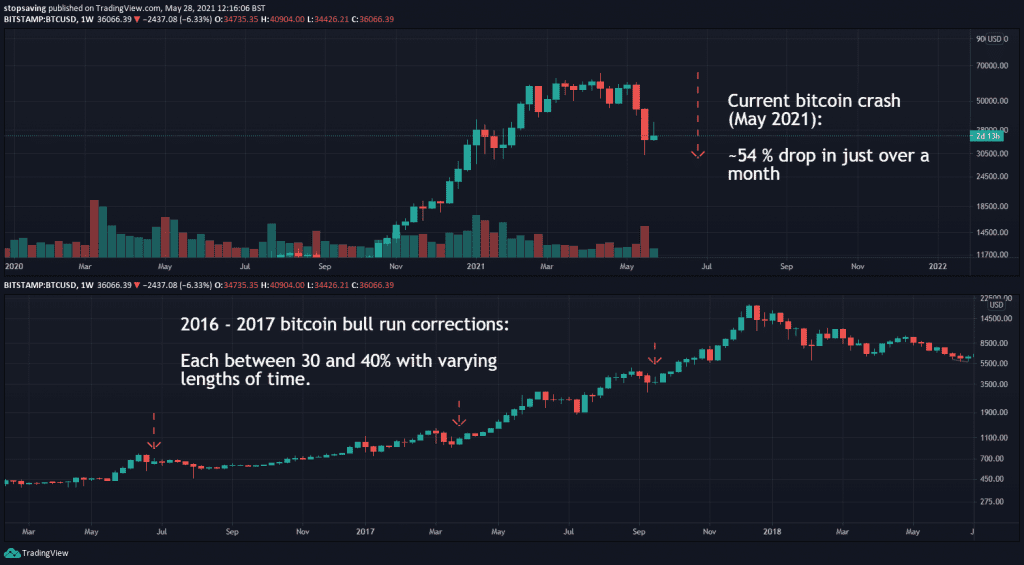 It is also worth noting that prior to 2014 we had several major corrections that were, in some cases, even larger than any of the above. However, bitcoin was a much smaller market size back then. Therefore, I would not personally use these as base comparisons.

Overall, we can see that the December 2017 drop was the most similar to the one we have today. Based on this alone, I would be more inclined to say that we are entering into a bear market. However, there are other factors we need to consider before comparing this to the 2017 debacle:

Does the current price chart suggest a bitcoin bear market?

From a strictly technical standpoint, bitcoin is not yet in a macro bear market. This is because it has not yet put in a ‘lower low’ on the weekly price chart.

And even though it has had an over 50% correction, it also needs to put in a ‘lower high’ on the weekly price chart to then confirm the downtrend.

The good news is that bitcoin has not done either of these yet. The bad news is: 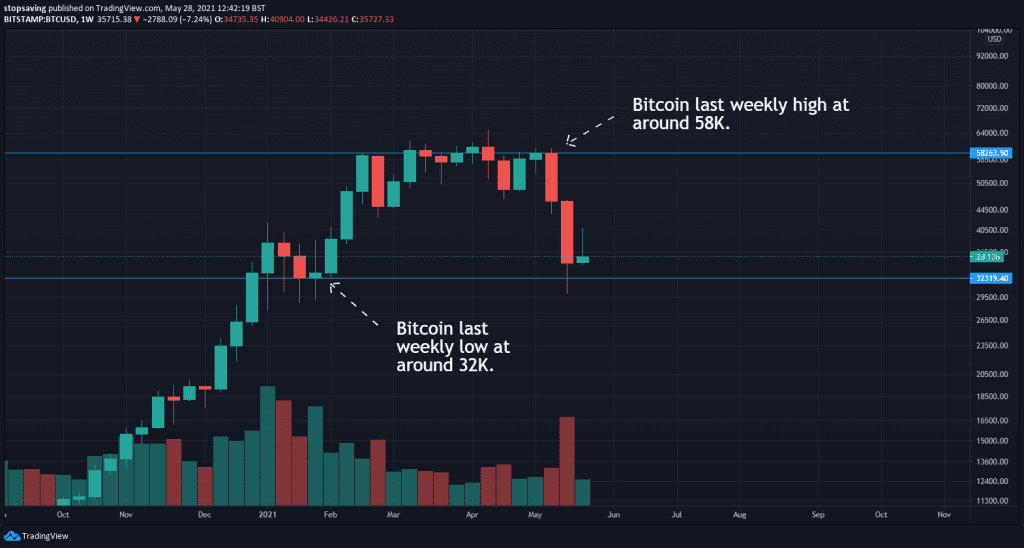 The weekly candles show that bitcoin is not in a bear market yet.

The above chart makes it quite easy to decide if/when we officially enter bear market territory. However, $58,000 is a long way up to determine whether the bull market is still on!

So, what else could make us more bullish?

As shown in the chart below, this could take some time. 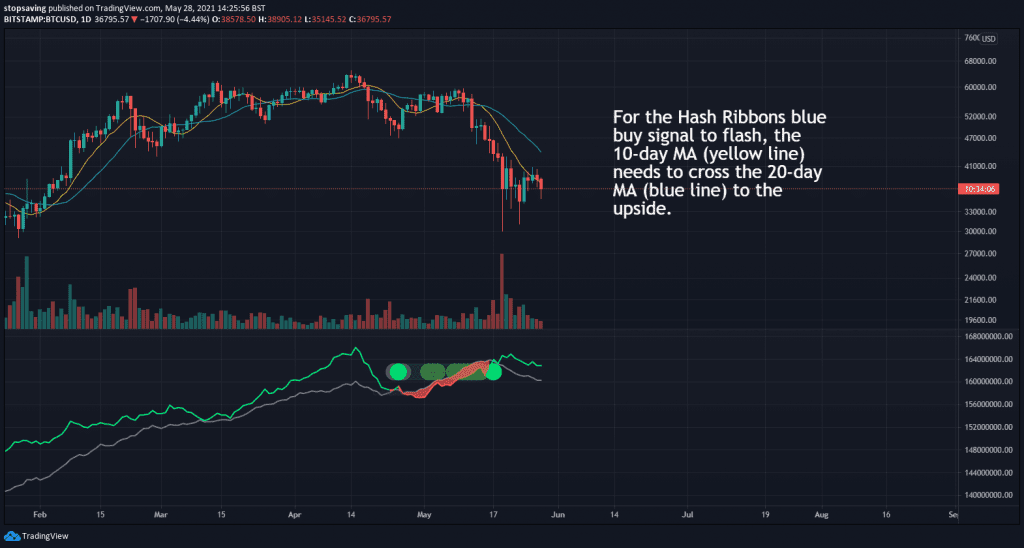 It is impossible to forecast what bitcoin will do next. And you should be wary of the ‘gurus’ who tell you otherwise.

In my view, the longer bitcoin consolidates around the lows and builds a base, the better it could potentially be for the bulls. As of right now, we seem to be doing just that. Bitcoin is in a very large price range until proven otherwise.

Regardless of whether we enter into a bear market or not, this dip should not bother long-term investors who still believe in the fundamentals of bitcoin. And shorter-term traders should be excited by it.