1
HOME Blog Bitcoin, Ethereum And Other Cryptocurrencies: Should You Invest?

Bitcoin, Ethereum And Other Cryptocurrencies: Should You Invest? 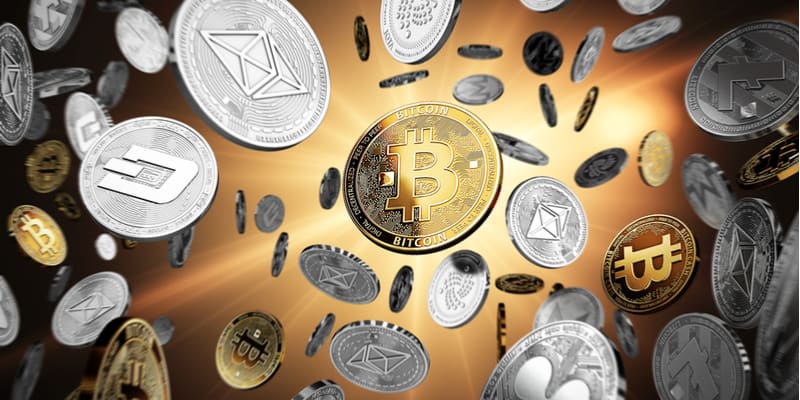 I get asked lots of questions about cryptocurrencies lately (street named “cryptos”), so I thought I’d look into them in more detail.

My conclusion: Cryptocurrencies are worth looking into as a long-term investment, provided you:

Per Wikipedia, a cryptocurrency is “a digital asset designed to work as a medium of exchange using cryptography to secure the transactions and to control the creation of additional units of the currency.”

In other words, it’s a form of digital money that uses unique codes to:

What makes cryptocurrencies so interesting is that they cut the middleman out of transactions:

If I buy something from you and pay for it with cryptocurrency, I transfer that currency directly to you. That transaction is logged with a unique code, signifying that I now have ownership of the thing I bought from you.

Although the transaction codes are logged, our personal details remain anonymous. Instead, you own digital wallets where you store cryptocurrencies which only you can access.

Each wallet has a unique address. If I send you money, you tell me the address to send it to.

Cryptocurrencies are the first new asset class since 1694 (when the first UK government bond was created) so they’re kind of a big deal!

Blockchain is a secure online record for every transaction made. Hundreds of transactions make up a single block. There are lots of blocks.

No person, business or government controls the blockchains – they are spread out across the computers and digital wallets of the people who own the cryptocurrencies.

What are the main cryptocurrencies?

Bitcoin is the most well known, but as of July 2017, there are over 900 different cryptocurrencies.

This number is growing rapidly. Just like the dot.com boom from 1995 to 2001, there are new developments every day.

Bitcoin and Ethereum are getting the most press right now, and together make up more than half of the $100 billion global cryptocurrency maket.

The graph below shows the price changes of Bitcoin over the last year, going from about $500 to over $4,000 per coin at the time of writing.

In July 2010, a Bitcoin was only worth five cents! 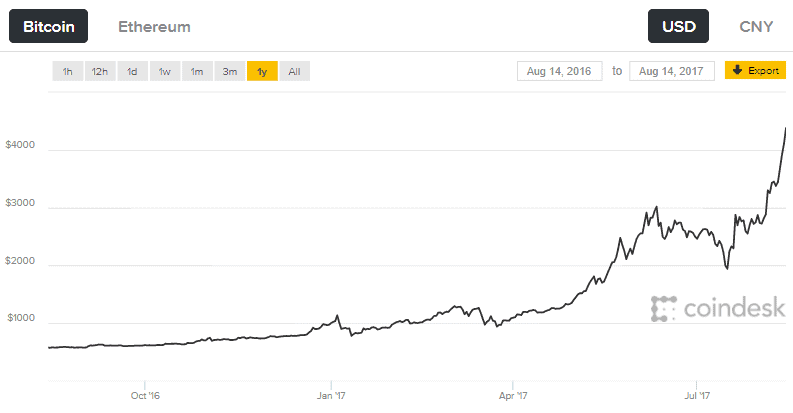 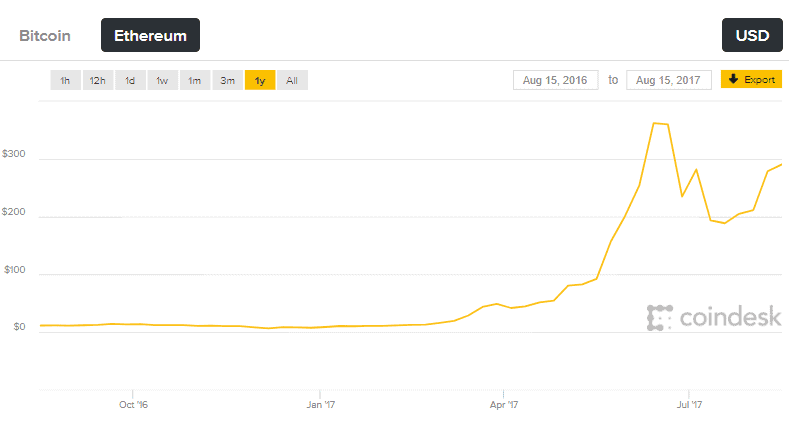 Is there more upside in the cryptocurrency market?

The global market cap (total market value) of all the different cryptocurrencies now stands at roughly $100 billion. Of this, around $40 billion are Bitcoins and around $30 billion are Ethers.

Most funds are prohibited from investing in cryptocurrencies because they are still considered too risky by their investors. This is likely to change with time, as the cryptocurrency market grows in size and more people start using digital currencies in their everyday lives.

Even if a few large fund managers were to start investing just 0.1% of their funds into cryptos, the market would grow to astronomical levels.

In fact, some hedge funds – who have more power to invest as they please than regular funds do – have already started investing in cryptocurrencies. Given the graphs above, most of these hedge funds have done rather well.

What are the risks of crypto investing?

Should you invest in cryptocurrencies?

Despite the risks, there’s enormous long-term growth potential for this new and exciting market. That said, you should only invest with the spare change that you could easily afford to lose. And make sure you have the right crypto investment strategy.